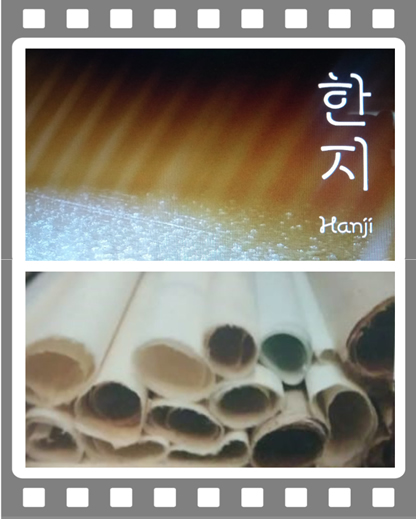 Cultural heritage provides both tangible and intangible representations of the values, beliefs, traditions and lifestyles of prior generations. which through careful preservation continues to have relevance in contemporary times.

In this episodic series we focus on unique craft traditions of Korea where over centuries, knowledge and processes have been carefully preserved and painstakingly transmitted inter-generationally, with passion, rigour and respect.

We begin with Hanji, the resilient, versatile paper from Korea that to this day is made following processes that arch back several centuries. With two films, courtesy the Korean Craft and Design Foundation (KCDF) and artist Aimee Lee, along with select photographs, we present the wonder that is hanji, its incredible toughness yet gossamer-like lightness – Korea’s unique cultural heritage and gift to the world!

The Cultural Heritage series aims to focus episodically on introducing and celebrating singular aspects of Korea’s cultural traditions. We begin with hanji, the resilient and versatile paper, made from the bark of the mulberry tree that grows abundantly on the hilly terrain in Korea. With processes dating back in exactness and rigour to ancient times, hanji is created slowly and painstakingly, often with the entire family involved in various steps from cutting the branches and husking the bark to boiling, drying and making the paper.

Hanji literally means “the paper of Korea”. The versatility of Korean paper is such that it can be used in a multitude of ways and the paper bears a different name according to its use. If it is glued on a door it is called a window paper; it is copy paper if it is used for a family registry book, Buddhist sutra or for archival purposes, while it becomes drawing paper if used for purposes of calligraphy or painting.

There is an old saying that paper lasts a thousand years while textiles, such as silk or hemp, last five hundred, reflecting the superior strength of paper over cloth. With the extensive use of hanji, Korea has preserved several books and drawings, historical records and rare archival material which are close to 1000 years old. Artists use hanji for calligraphy and dyeing as the ink spreads evenly because the paper is strong and lacks impurities, despite being thin. From theatre and fashion shows with clothing made of hanji, its presence is alluring in Korea and abroad. And into the future, is a study on the potential use of hanji as a substitute for styrofoam as internal packing material and as protective material for space shuttles.

To protect and preserve this ancient handmade tradition and to keep the industry competitive and relevant, the Korean government has appointed masters of Korean papermaking as intangible cultural assets. One such was the late Yong Hoon, who at Jangjibang Mill, made the finest paper- some gossamer-thin, like silk and the other, as hard and tough as leather! To introduce and celebrate the wonder that is hanji, we present photos of the late master craftsman and two films, one courtesy by the Korean Craft and Design Foundation and the other by Aimee Lee, who on a Fulbright Fellowship interned at Jangjibang and learnt from Jang Seong Woo, the son of the late, Yong Hoon.

About Korea Craft Design Foundation (KCDF)
The Korea Craft & Design Foundation is a public organization affiliated to the Korean Ministry of Sports, Culture and Tourism. KCDF was designated as the main organization for the promotion of craft culture industry in 2015. The objective of the organization is to promote Korea’s craft, design and hanbok (traditional Korean attire), both in Korea and internationally, with an aim to promote the field and to create opportunities for young crafts persons, artists and related groups. The focus is on preserving Korea’s cultural heritage by reinterpreting tradition, research on craft materials/skills and also developing craft related regions around the country. KCDF aims to encourage and support entrepreneurship and to establish strong networks to lead the field of craft, design and hanbok.

Papermaking in Korea : a film by Aimee Lee

About the artist
Aimee Lee is an artist who makes paper, teaches, writes, and champions Korean papermaking through her research and creative practice. Her extensive Fulbright research on hanji helped her build the first hanji studio in North America and write an award-winning book, Hanji Unfurled. In 2019 she was designated an Ohio Arts Council Heritage Fellow and will return to Korea for further hanji research in 2021 as a Fulbright Senior Scholar.

About the film
“In January 2009, I spent a month working at Jang Ji Bang, a 3rd and 4th generation family-run papermill in Gapyeong, Korea. I learned how to make hanji as well as related applications as the student of the eldest son, Jang Seong Woo. He was generous with history, technical guidance, and stories about his family’s experience with hanji as the focal point of their lives.”
– Aimee Lee