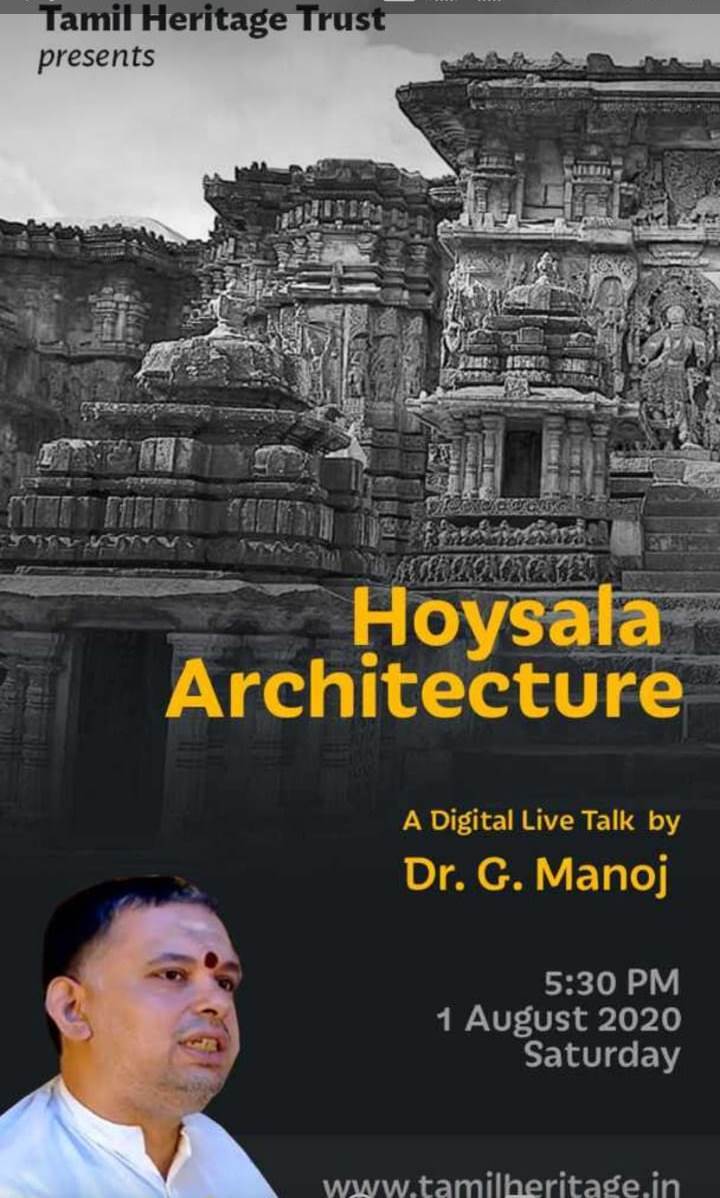 Contributions of  the Hoysalas to the field of south Indian temple architecture is not something unknown to the connoisseurs of  Indian heritage. These monuments are known for their elegance with crisp and intricate carvings. Hoysalas constructed innumerable temples but not of mammoth proportions. They embellished their temples with various sculptures. This became the identity of Hoysala temples. Many of the Hoysala temples are world heritage monuments today and are yet to be followed by many more for this recognition.

Popular features of Hoysala temples known amongst both the lay men as well as the scholars are that these temples possess stellite plan, built of soap stone and intricately carved. Though these are established facts, but they cannot be unanimously applied to Hoysala monuments. Some fall under this category but there are many examples which are exceptions for these norms. This paper concentrates on explaining the Hoysala temples with the mention of these exceptional observations.

A researcher on temple architecture, Dr. Manoj Gundanna is an Archeologist by profession. He earned his MA and PhD degrees in Ancient History  and Archeology from Manasa Gangotri, University of Mysore. Currently a Research Associate with Maharani Lakshmi Ammani Research Foundation, Bangalore, Dr. Manoj is also a resource person with the Archeological Survey of India. His doctoral research was titled “Temples of Salem Region”. He was awarded with the PhD. in 2009. His doctoral work is being published by Bharathiya Kala Prakashan, Delhi under the title “Temple Architecture of South India (Salem Region)”

Dr. Manoj’s research work focuses on the study of ancient Dravidian temple architecture based on traditional agamas and vastugranthas besides the study of sculptures and iconography based on ancient Sanskrit texts. He has presented more than 50 research papers both in English and Kannada at various seminars and symposia. He has delivered lectures on Archeology, Music and Mythology in various institutions, religious organizations and to students of the Universities of Guelph, Mt Allison, and Concordia besides various universities and colleges of Karnataka. One of his books, Devalaya Vastu Vignana, is a reference book on Dravidian temple architecture for post- graduate students of History and Archaeology.

Dr. Manoj’s interests include Kannada and Sanskrit literature, Inscription and Manuscripts.   A multi linguist, he has several compositions in Sanskrit, Kannada, Telugu and Tamil to his credit. Planet Prayers, a trilingual commentary on navagrahskrithis of Muthuswami Dikshitar and Siddhi Vinayakam Sada Bhajeham, an exposition in English on Muthuswami Dikshitar krithis on Mahaganapathy are among his well-acclaimed books.